Katrina Dight Martin’s son Finn was diagnosed with a Tethered Spinal Cord (TSC) at only a few days old. Here she shares Finn’s story and why she decided to fundraise for the NRF. 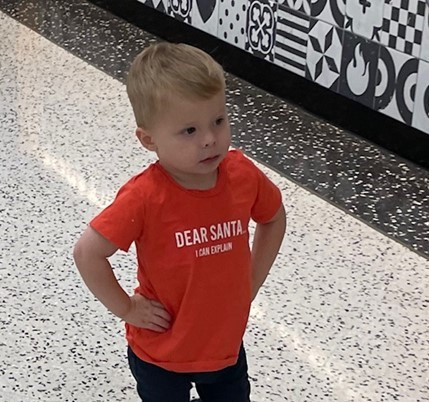 Katrina, her husband and three children live in Sydney. Finn is her youngest child and he was born in March 2019. Finn was only a few days old when he was diagnosed with a Tethered Spinal Cord. Katrina shares his journey through diagnosis, surgery, and recovery.

Tethering can happen before or after birth in children and adults with Spina Bífida, and most often occurs in the lower (lumbar) level of the spine. A tethered cord may go undiagnosed until adulthood when sometimes complex and severe symptoms come on slowly over time. While all forms of Spina Bifida can be accompanied by spinal cord tethering, it rarely occurs with Spina Occulta.

Where are you located?

Who is your son’s neurosurgeon and which hospital did he attend?

Please tell me your son’s story – from diagnosis through to treatment up to today.

“Finn is our third child (first boy). He wasn’t a planned pregnancy, so I was not taking pregnancy multivitamins. I was over 35 when I fell pregnant so underwent extra tests due to my advanced maternal age. Similar to both previous pregnancies, everything was textbook through the pregnancy and birth.

“When he was a day old and we were due to go home, during the paediatric check the pediatrician noticed a dimple at the base of his spine which was slightly discoloured, almost like scar tissue. The young doctor wanted a more experience paediatrician to assist with review and diagnosis, so we remained in hospital (HKH) overnight for Dr Anna Gill to review him in the morning. She examined Finn and explained that it could be a tethered spinal cord, explaining in brief what that could mean and sent us for in ultrasound and MRI.

“It was unpleasant watching a newborn baby undergo an ultrasound with the cold gel on a big bed unclothed due to the location of the images required. However, during the MRI he was asleep, so he was fine, but it was still nerve-wracking for me being unable to see him inside the big noisy machine. The results of both concluded that it was a Tethered Spinal Cord (TSC).

“The cord was tethered with the skin at the base of his spine. We were referred to and met with Dr Adam Fowler who gave us our options. He was very informative and open about everything. Surgery carried a very small risk, but the risks were severe. No surgery carried a relatively high risk of Finn having mobility issues, discomfort, or nerve damage later in life from around age five onwards. We could monitor for symptoms but if symptoms did appear and we operated then the operation was unlikely to repair any damage and he could be left with lifelong impairments.

“It was a big decision; my mother was in a wheelchair for the last 15 years of her life, so this was perhaps one of my biggest fears and a driving force for the decisions made.

“We opted for surgery after much deliberation. Another MRI at 6 months was required to see more detail of the tether and any other potential complications. Given his age, sedation was required. Sedating a young child is not fun for child or parent. The MRI showed a lipoma as well which Fowler was concerned the spinal cord may also be tethered to.

“We were placed on the waitlist for surgery around his first birthday. We were called in Feb 2020 and booked in on 17th Feb for surgery. The surgery itself was very straightforward and successful. Receiving the phone call to inform us was such a relief for us as pacing, anxious parents outside the hospital. It was quite possibly the longest hour of my life. As he woke, he was very unsettled.

“The recovery was difficult for the first few days trying to keep him flat for the first few days, after that he was back to his bubbly self, charming the nurses and doctors. We were in for 5 days and very pleased to go home armed with extra dressings and contact details for Dr Adam Fowlers surgical team for any questions that might arise. Pretty sure they were sick of me calling and emailing as the bruising and swelling changed and eventually subsided.

“Within a couple of weeks, he was back to bum shuffling around and pulling himself up on anything he could.

“We remain under the care of the Spina Bifida team at Westmead Children's Hospital who are amazing and supportive. They assess him a couple of times a year to ensure he is developing as expected. There is a small chance he could retether, so we are watching him for any signs or symptoms just to be safe.

“Finn is a happy healthy boy who loves his family, trucks, dinosaurs, swimming, running, and playing with his friends at school (daycare).

“His scar is long due to having to investigate the lipoma. The scar has healed exceptionally well.”

How has Spina Bifida / TSC has impacted on his life?

“Thankfully, other than the shock of the diagnosis and enduring the tests, surgery and recovery, his life hasn’t been (and hopefully won’t be) impacted by his condition.” 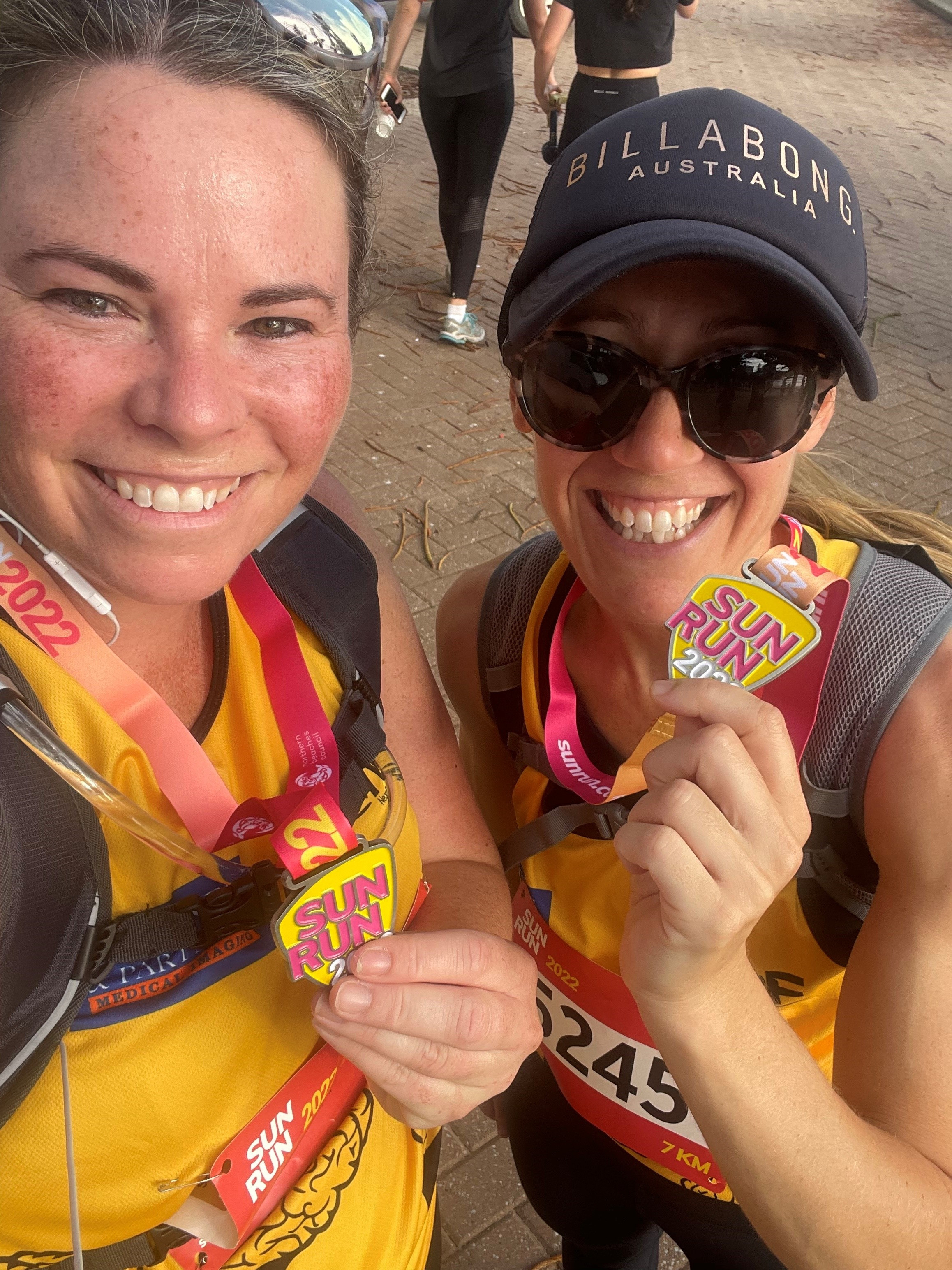 Thank you for fundraising for the NRF – how much did you raise at the Sun Run event?

“We raised $550 during the Sun Run which is pretty good considering the current economic climate.”

What has given you strength through this journey?

“I have drawn strength from surprising places! My family, my friends, myself! One of the things that has helped is knowing that we were in very capable hands during the surgery itself. To me this was a whole new experience, to them - this was their every day. Helping families by improving children’s health daily life quality.”