UniSA PhD candidate Erica Yeo is the recipient of the UniSA Chris Adams Research Grant for 2021.

UniSA PhD candidate Erica Yeo has been awarded the Chris Adams UniSA Research Grant for 2021 which will enable her to delve more into her vital research developing immune-based therapies for aggressive brain cancers at the Centre for Cancer Biology’s Translational Oncology Laboratory. 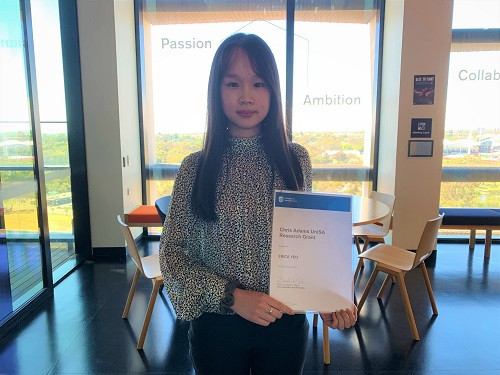 Chris “Critter” Adams, a vibrant and gregarious young man with a kind heart and huge sense of loyalty, had just completed his UniSA business degree when he lost his battle with a rare grade-three anaplastic astrocytoma brain tumour in November 2015. 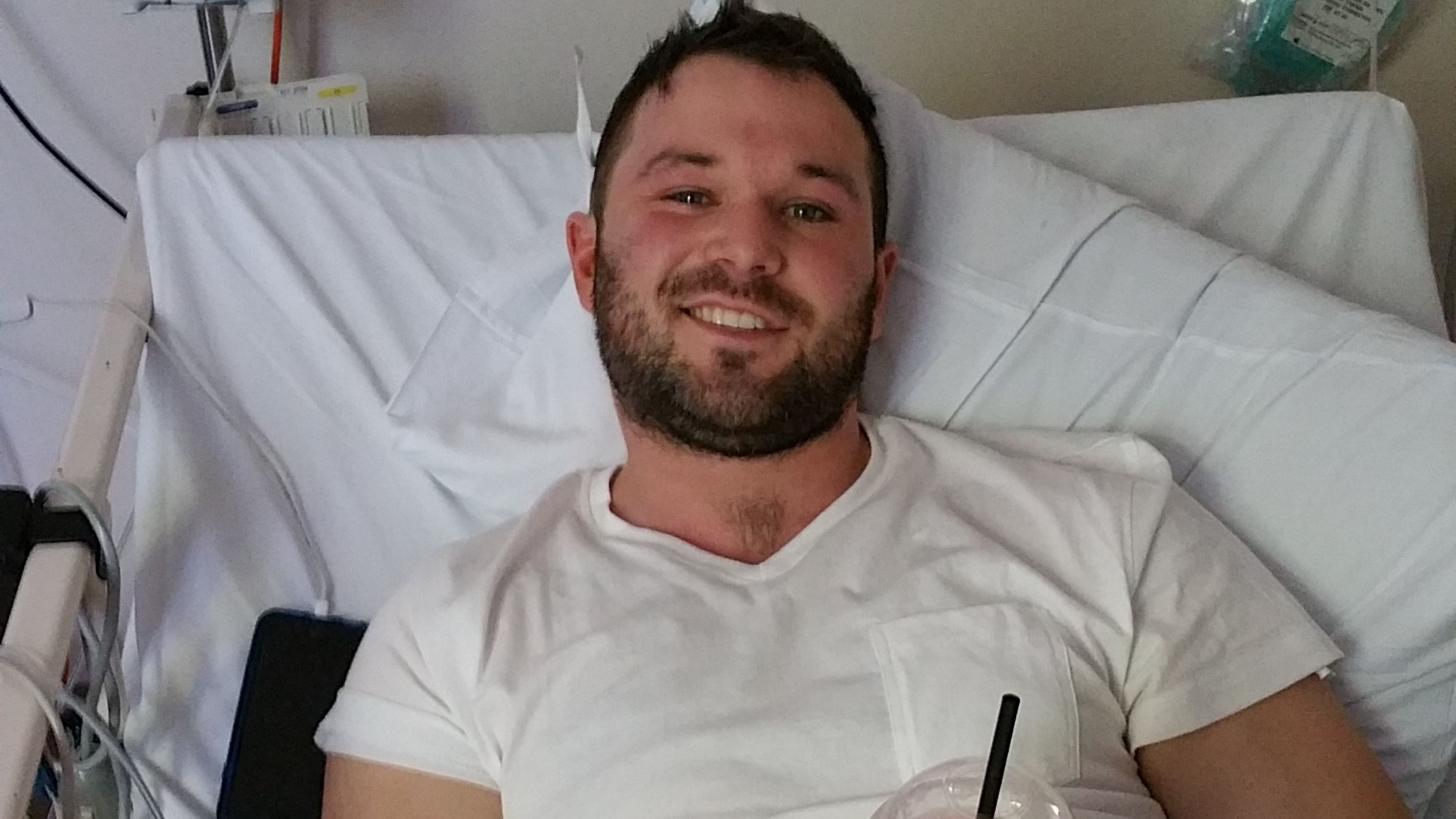 Taken far too early by a disease that has devastating effects on the lives of patients and their loved ones, his family has been dedicated to honouring his memory and spirit through their ‘Strong Enough to Live’ campaign funding vital research into brain cancer through the Neurosurgical Research Foundation (NRF) and UniSA researchers.

As facilitators of this Grant, NRF President and retired neurosurgeon, Dr Glenn McCulloch acknowledges that without the support of charities such as the NRF and families such as the Adams, there would not be as much research into the causes and potential cures of brain tumours.

“As many people know, the effects of a brain tumour on an individual and a family are enormous. The cure of this condition will not be rapid or simple – it lies within the complexities of the cells, the functions of the tumour genes and within biochemistry, the chemistry of life.”

“The Chris Adams UniSA Research Grant takes a small step into these mysteries. It also is an opportunity to reflect on the fine person that was Chris, and to thank his family and friends for their involvement in this research.”

Brain cancers are notoriously difficult to treat and Erica’s research focuses on glioblastoma, the most aggressive type of brain cancer, and the most malignant form of astrocytoma.

Erica and her team at the Translational Oncology Laboratory, headed by Professor Michael Brown, are working towards adapting CAR-T cells (made by the genetic modification of patient’s immune cells to precisely target cancer cells) to treat glioblastoma.

“We’re in desperate need to discover new and better treatments,” Erica says. “My research into this immune-based therapy involves the manipulation of a patient’s own immune cells to fight their cancer.”

“Within the lab we collect T cells in the blood, which is what we know as the immune fighters of our immune system, and we give them ‘special glasses’. With these special glasses they are now be able to see the tumour that they weren’t able to see before and do their fighter job which is getting rid of things that shouldn’t be in the body such as cancer.”

“Once these super immune fighters are ready to fight, they are given back into the patient to eradicate the patient’s tumour.”

Image: Researcher Erica Yeo presenting her promising research and the effectiveness of different doses of these super immune fighters to eradicate brain cancers.

While Erica’s early studies are promising, the funding from the Chris Adams Research Grant will allow her to stay at the cutting edge of current glioblastoma research in Australia, as well as to enhance her professional development and network, by enabling her to travel to Brisbane’s QIMR Berghofer Medical Research Institute to meet collaborator Professor Bryan Day.

Here Erica will be able to discuss technical details between the two programs, promote collaborations, and will also use this opportunity to present her PhD findings to the QIMR Berghofer researchers and gain feedback from the scientific community in how to further improve the University’s research.

She will also use the $5000 Grant to attend the prominent 49th Annual Scientific Meeting of the Australian and New Zealand Society for Immunology (ASI) conference hosted in Melbourne in November 2022.

Such coveted experiences will go a long way in establishing Erica as a competitive research scientist in the field of cancer and provide invaluable insight into brain tumour research at the Centre for Cancer Biology.

With an average survival period of only 15 months after diagnosis, and survival rates having improved very little in over 30 years – despite a current intensive treatment regime including surgery, chemotherapy and radiotherapy – there is an urgent need to develop new treatments for patients with such incurable brain cancers.

At a recent ceremony to present the 2021 Chris Adams UniSA Research Grant to Erica, Russell Adams honoured his late brother and his ‘Strong Enough to Live’ message. Russell discussed how the message not only applied to Chris’s fight with brain cancer, but also how we live our best lives and become the very best versions of ourselves.

“’Strong Enough to Live’ just speaks so highly of what Critter represented and believed so much – not just about his battle with cancer – but who he was as a person and the idea that you were given this life because you are strong enough to live it,” Russell says.

“The Strong Enough To Live family has done an amazing job raising so much money, but it really is about his strength of character and living on with his legacy.”

“His spirit does live on and we’re so happy to be able to contribute in a small way some resources to hopefully assist with cancer research through this Grant.”