Casandra’s husband Denis Bodo suffered from a rare genetic disease, and not long after his death, she suffered a spinal cord injury, a traumatic brain injury and is now living with Parkinson’s Disease.

In 1971, a successful neurosurgical procedure removed a tumour near his brain stem. After seven months in the RAH, Denis made a remarkable recovery and despite some residual impairments, he led a relatively normal and happy life. He worked, travelled extensively and enjoyed a large network of friends both here and overseas.

“I met Denis in 1996, unknowingly to be the end stages of his illness. In 1998 and 1999, Denis underwent further lengthy and complex neurosurgery at the RAH to remove tumours on his cervical spine and near his brain stem. The damage from the cervical tumour left him an incomplete quadriplegic and I gladly became his full-time carer.

“Sadly, Denis passed away later from other aspects of his illness. His courage and positive outlook throughout his illness was, and still is an inspiration to everybody who knew him. I strongly believe if it had not been for the brilliant efforts of Denis' neurosurgical teams, he would not have had the longevity or quality of life he did,” Casandra said.

Professor Peter Reilly was Denis’s neurosurgeon – and he has left a lasting impact on Casandra.

“Professor Peter Reilly is very dear to my heart. The miracles that he pulled off were just incredible. Denis benefited from Peter’s expertise, care and never-give-up attitude, attention to detail and perseverance.

“He would perform 12-16-hour surgeries on Denis. To be able to concentrate at that level for that amount of time was just astounding. Brain surgery is so delicate, you are talking about micro millimetres, and to maintain that level of concentration and focus is just amazing. To see Denis, wake up after these surgeries being so well and asking what he was having for breakfast was unbelievable.

“Peter Reilly is a remarkable doctor and human being, and, on that basis, it was his efforts which influenced me to get involved with the NeuroSurgical Research Foundation. It made me think, what can I do to give back?” she said.

In 2001, Casandra was involved in a motor vehicle accident and spent two months in hospital recovering from a spinal injury. Although she never required surgery, she spent one month in a neurosurgical ward and met people who required surgery as a result of disease or injury.

“Having lost my independence for a period of time and coupled with my experience with Denis, I could better understand life-altering situations and so, could easily relate to these people having been on both sides,” she said.

In 2020, Casandra won a $250 gift voucher as part of the Play for Purpose Charity Raffle for the NRF. The NeuroSurgical Research Foundation caught up with her for a chat in November 2020.

Casandra has continued to support the NRF after her husband’s death, her motor vehicle accident, and moving to Melbourne in 2004. She worked at The University of Melbourne supporting academics who worked in various areas of medical research which gave her an even better understanding of medical research Casandra then returned home to Adelaide in late 2019 after the diagnosis of her Parkinson’s Disease.

She has faced many health challenges since the car accident, unfortunately an undiagnosed head injury from the car crash led her to frequently trip and fall, causing another traumatic brain injury (TBI). This TBI has led to the development of early onset Parkinson’s Disease.

“I have the type of Parkinson’s symptoms of rigidity, slowness, speech problems and other motor and non-motor problems (not the tremor). So now, because of my situation, I am approaching my involvement in the NRF from another angle – that of having acquired myself, a neurodegenerative condition.

“However, I feel very lucky to be back in Adelaide with access to great support services at Parkinson’s SA and the Body Brain Fitness Studio. To be able to attend a specialised Parkinson’s dedicated gym and rehabilitation facility, support groups like the Art group and Young Onset group are just amazing and this is setting a precedent Australia wide with Adelaide really leading the way in providing a “one-stop shop” for those with Parkinson’s.

“On visiting Parkinson’s SA for the first time last year, I felt such a relief to be amongst others who have similar issues to me and to be able to get all the right assistance for a better quality of life Honestly, I burst into tears the first time I went there as I knew I was going to at last get the help I needed,” she said.

Despite these challenges, Casandra keeps a positive approach to life.

“I have learned a lot from my late husband Denis. He was an amazing man. I often think that compared to him; my challenges are nothing. He taught me not to give up and to learn to live with what you’ve got and give life your best shot. I feel now I have a good quality of life with the assistance of Parkinson’s SA and other wonderful support networks. Importantly, Denis and Professor Peter Reilly both taught me the benefits of being calm and dignified in the face of adversity.

“So now I continue to be very happy to support the researchers with the NRF looking for cures and better treatments – the commitment they undertake, the papers they have to write, the complex review process for grants - it’s a lot of jumping through hoops. It is a labour of love for the researchers and in the end, it is worth it all for the outcomes of their research which will eventually benefit us. That’s why I support the NeuroSurgical Research Foundation,” Casandra said. 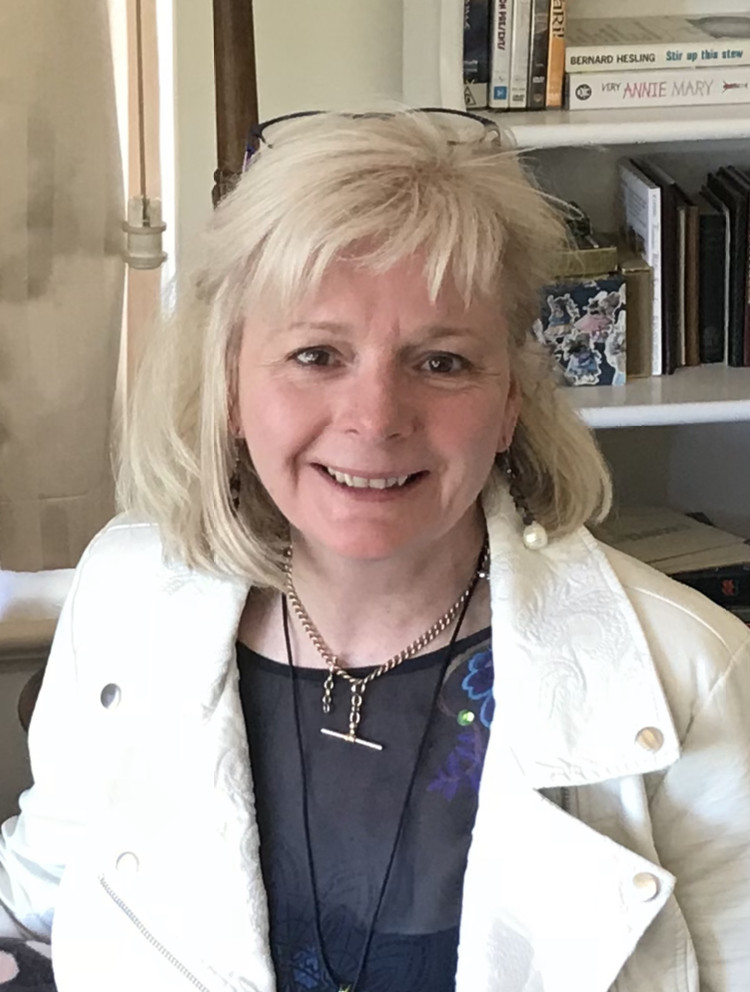