Donate to the WPD Appeal Here
Assoc Prof Lyndsey Collins-Praino leads Parkinson's disease research at the University of Adelaide to better understand how neurodegenerative diseases develop.
Outlooks are not good with Parkinson’s disease cases are expected to double by 2030 as our population ages.
"SA communities have already contributed $250,000 and the Federal Government has contributed $1.9m. Now it is up to you. You can make a real difference to people with Parkinson’s. With your support, the NRF can fund this vital research," she said.
Meet Lyndsey below:


What is Parkinson’s Disease?

Parkinson’s Disease (PD) is a progressive neurological condition, which is characterised by both motor (movement) and non-motor symptoms.

There are currently no treatments for PD-D.

The search for a cure for the disease is critical. Before a cure can be developed, however, we need to understand more about the factors that can lead to the development of PD. One major risk factor for the disease is traumatic brain injury (TBI), but it is not yet clear how TBI can lead to the brain changes seen in PD, often decades after the original injury.
You can learn more about the research here: https://www.nrf.com.au/current-neurodegeneration-research

How can you help? 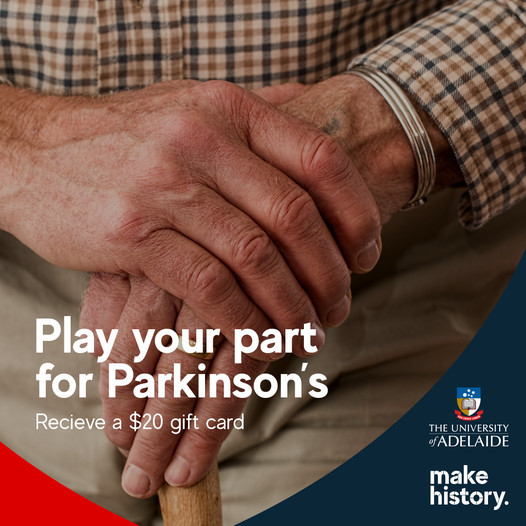