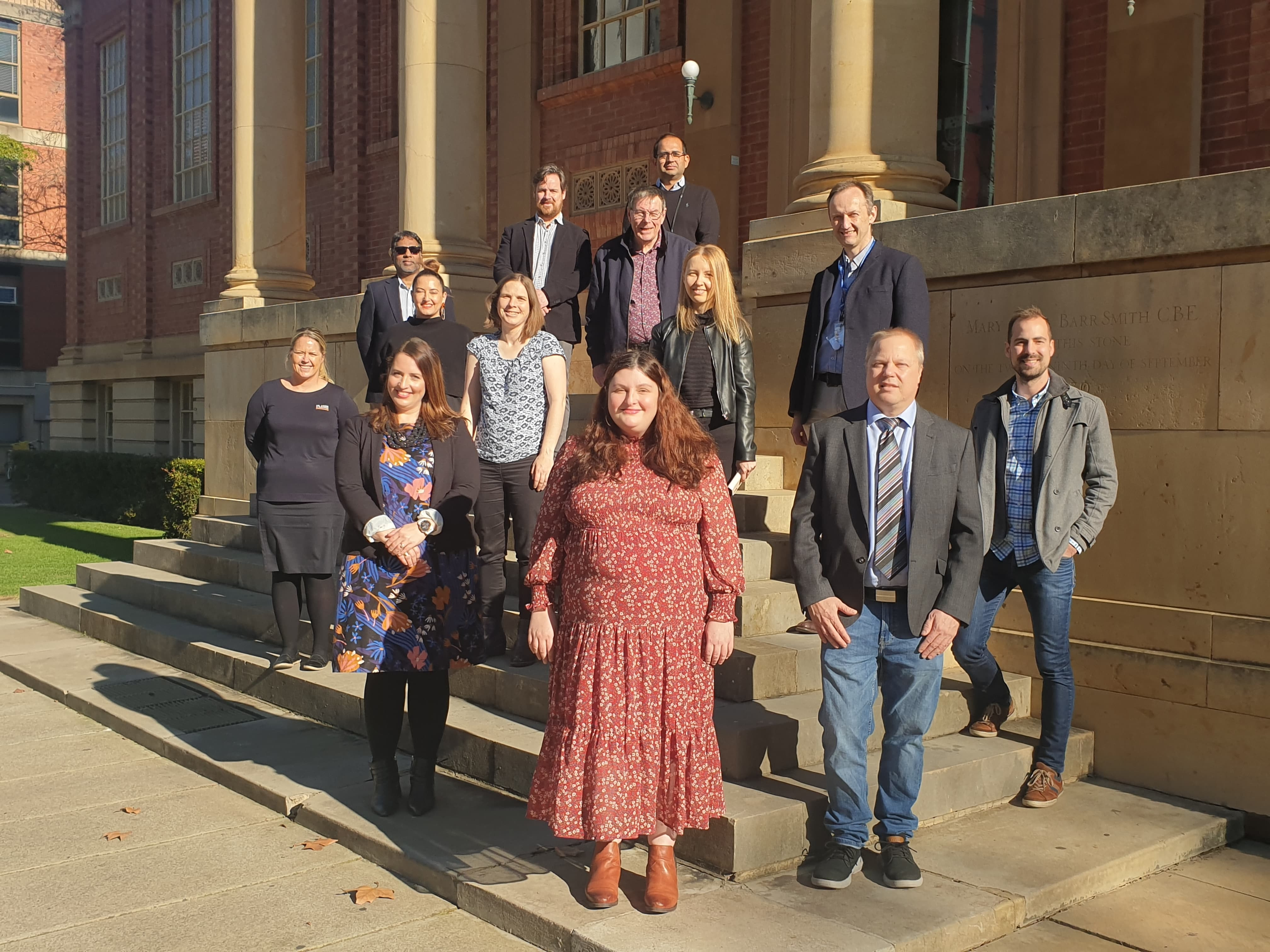 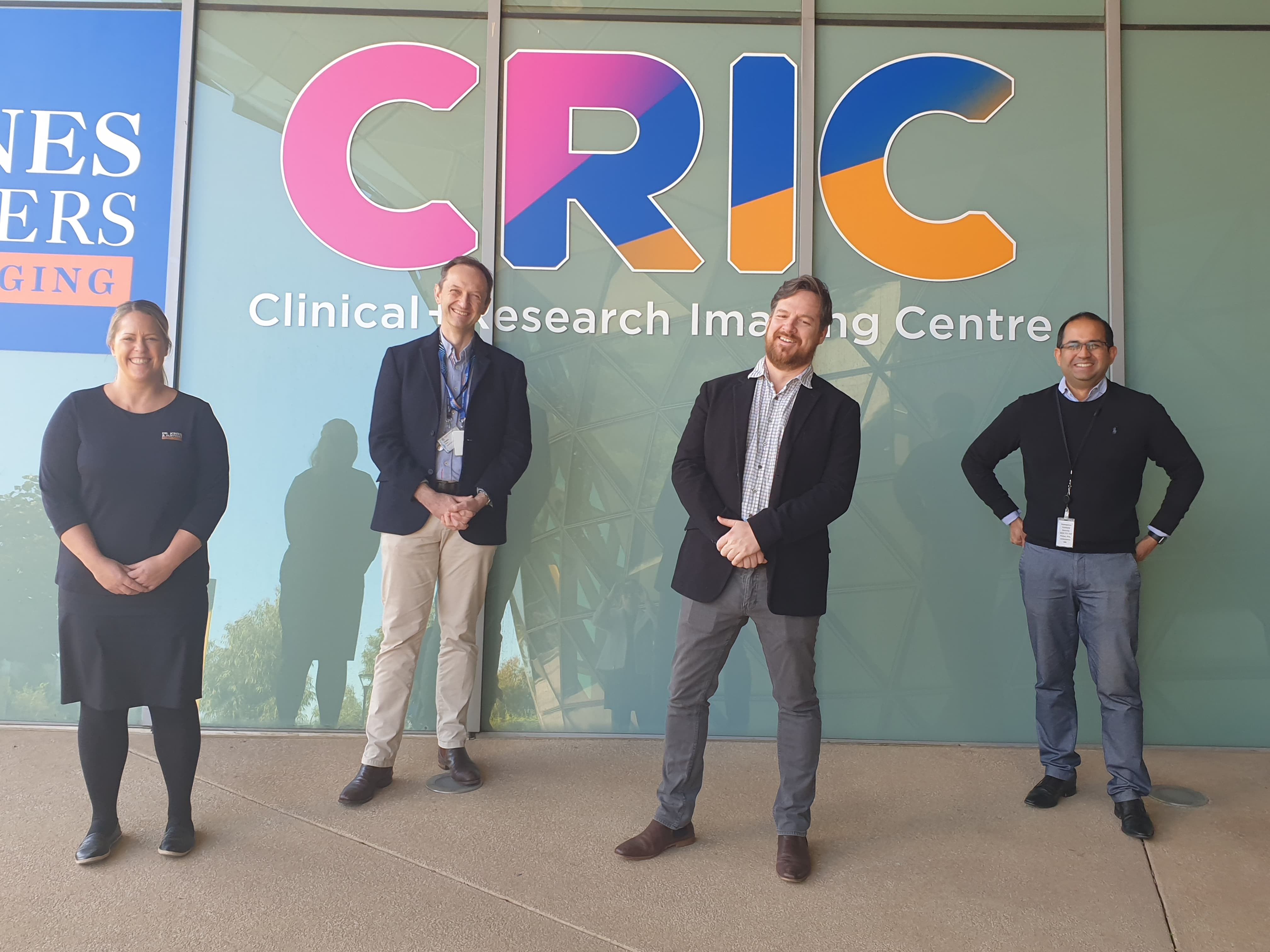 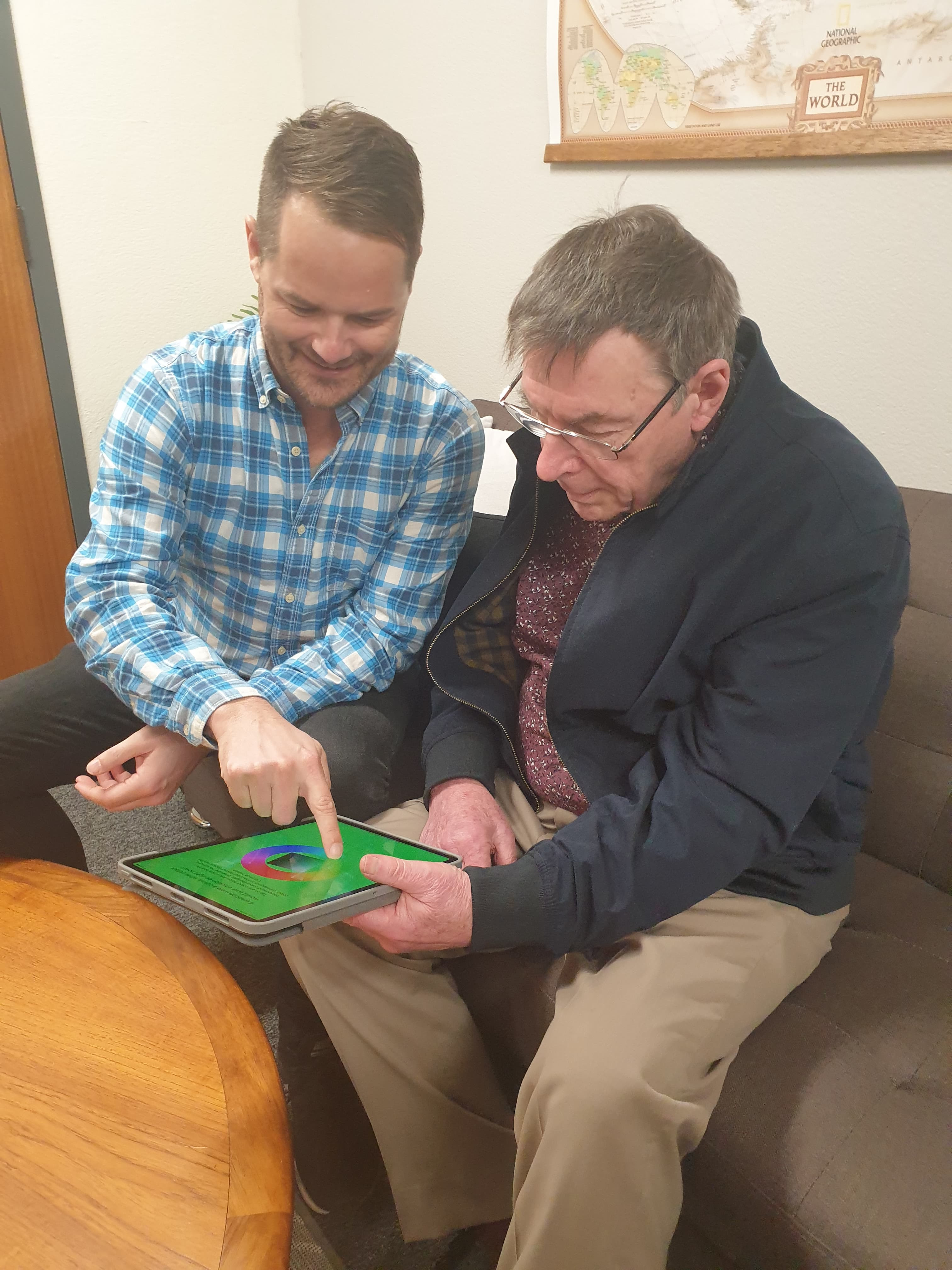 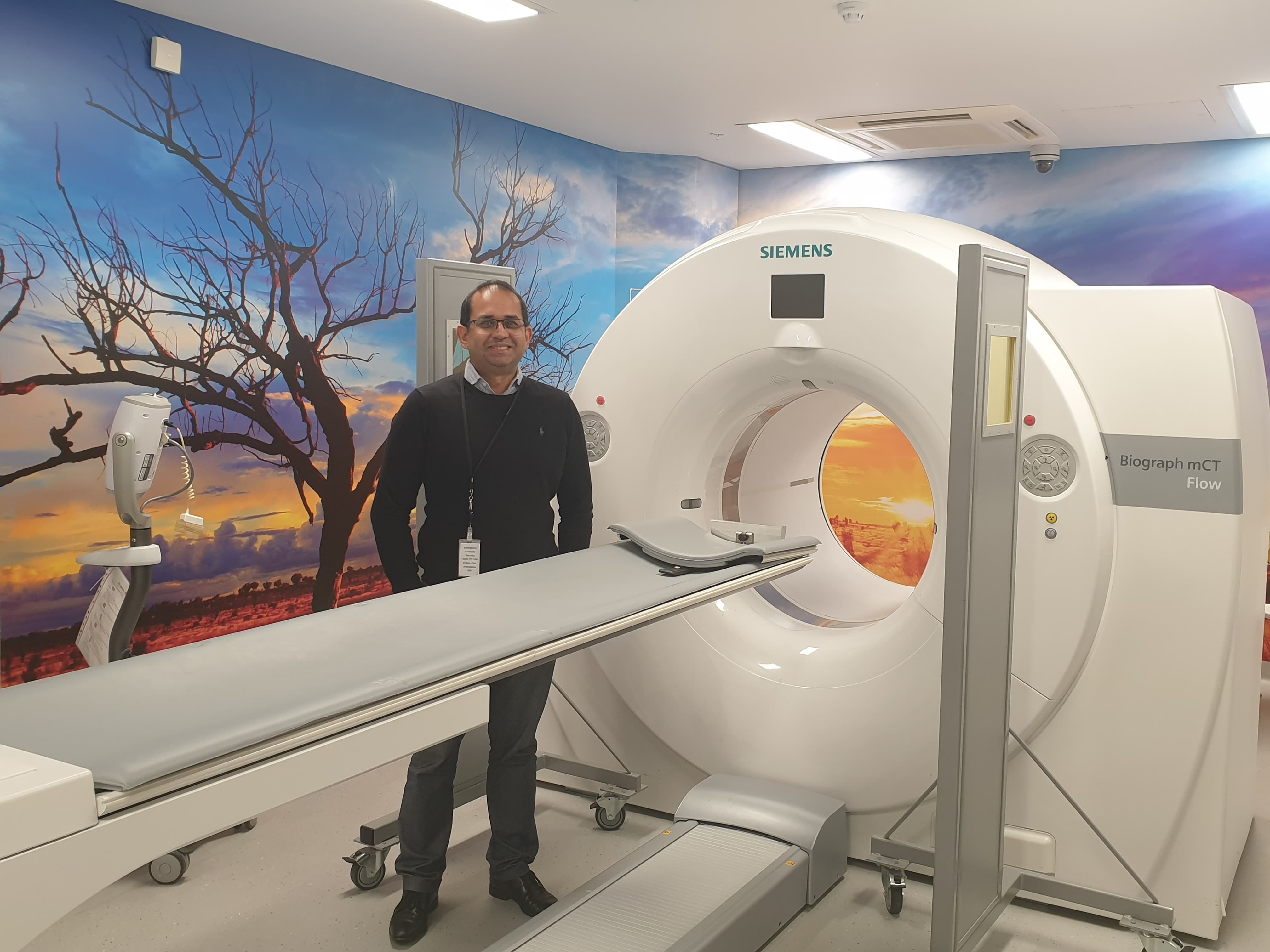 Traumatic Brain Injury has been a leading area of research for the NeuroSurgical Research Foundation (NRF) since its inception in 1963. Over the past several years, the James and Diana Ramsay Foundation has also made critical investment into research into both TBI and Parkinson’s disease.

While typically thought of as an acute event, TBI leads to long-lasting disability in a subset of individuals, with over half of people reporting significant disability even at 14 years post- injury. Even more concerning, a history of TBI is a known risk factor for the development of Parkinson’s disease, with a previous TBI increasing risk by as much as 83%.

The MRFF-funded study will investigate the brain mechanisms that predict the risk of long- term impairment and Parkinson’s disease development following a TBI. It is particularly exciting as it draws together experts from across multiple disciplines both locally and internationally. Here in South Australia, the study will be led by A/Professor Lyndsey Collins- Praino, Head of the Cognition, Ageing and Neurodegenerative Disease Laboratory (CANDL) at the University of Adelaide. Other key SA-based members of the team include:

Parkinson’s SA, led by CEO Olivia Nassaris, will be a critical community partner for the study, allowing for consumer consultation and engagement with the research, as well providing assistance with recruitment.

The research team is extremely excited to receive this funding, which builds upon previous seed projects funded by both the NRF and the James and Diana Ramsay Foundation.

When asked why this work is significant, A/Prof Collins-Praino said, “While we know that TBI can increase the risk of long-term impairment, including the development of Parkinson’s disease, the brain mechanisms via which this happens are still unclear. Our research will shine light on this and has the potential to lead to a significant shift in how individuals are treated clinically following a TBI. If we can predict who is at risk for long-term impairment, we can work towards truly personalised treatment plans.”

She went on to add, “We are extremely grateful to the MRFF for their investment in our research, as well as to both the NeuroSurgical Research Foundation and James and Diana Ramsay Foundation, who provided the critical seed funding that helped us to get this project off the ground.”

Please view the article published by The Advertiser on Monday 10 August, written by journalist Clare Peddie - titled 'Making Mark on Crippling Disease' below. 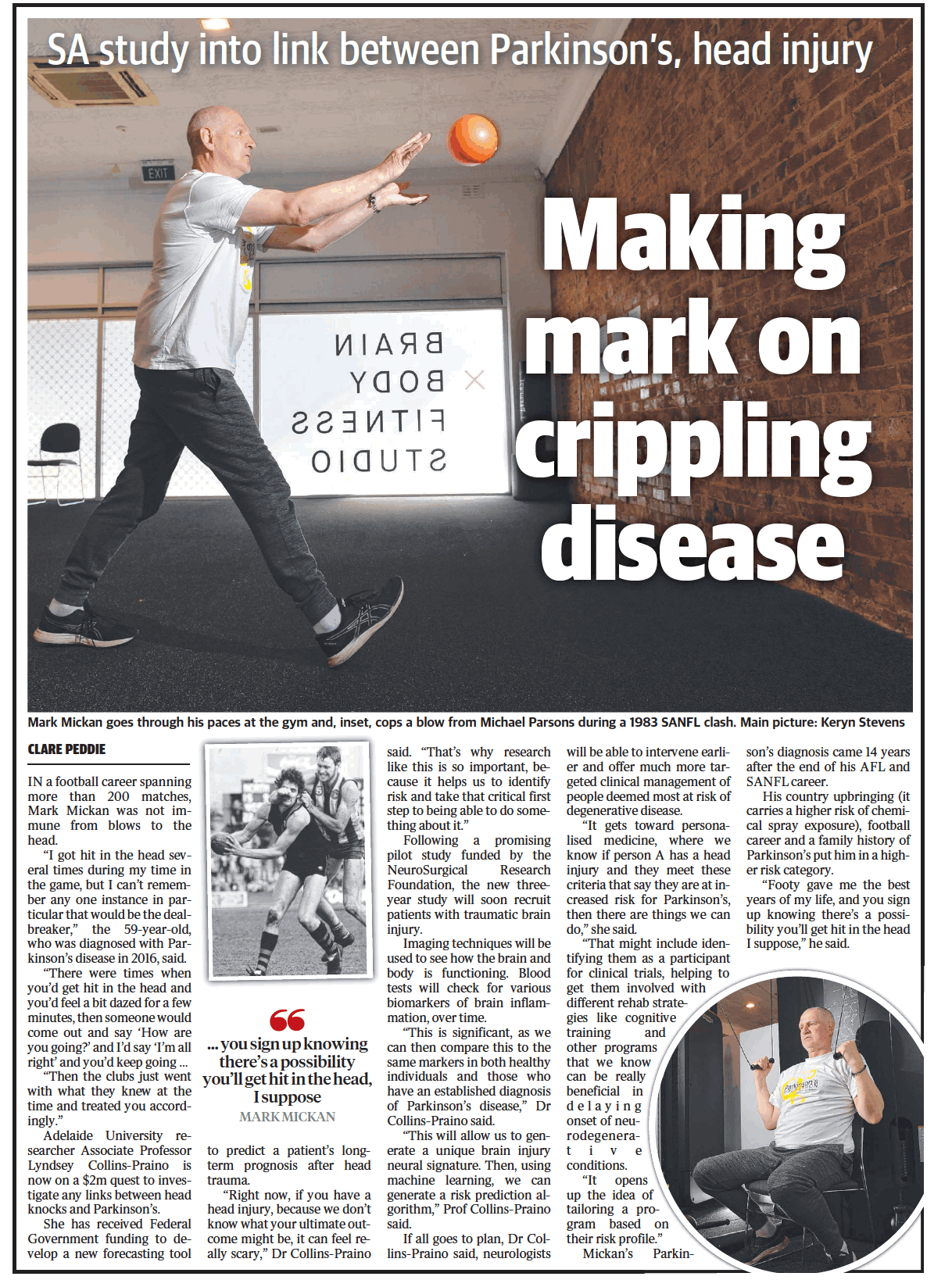