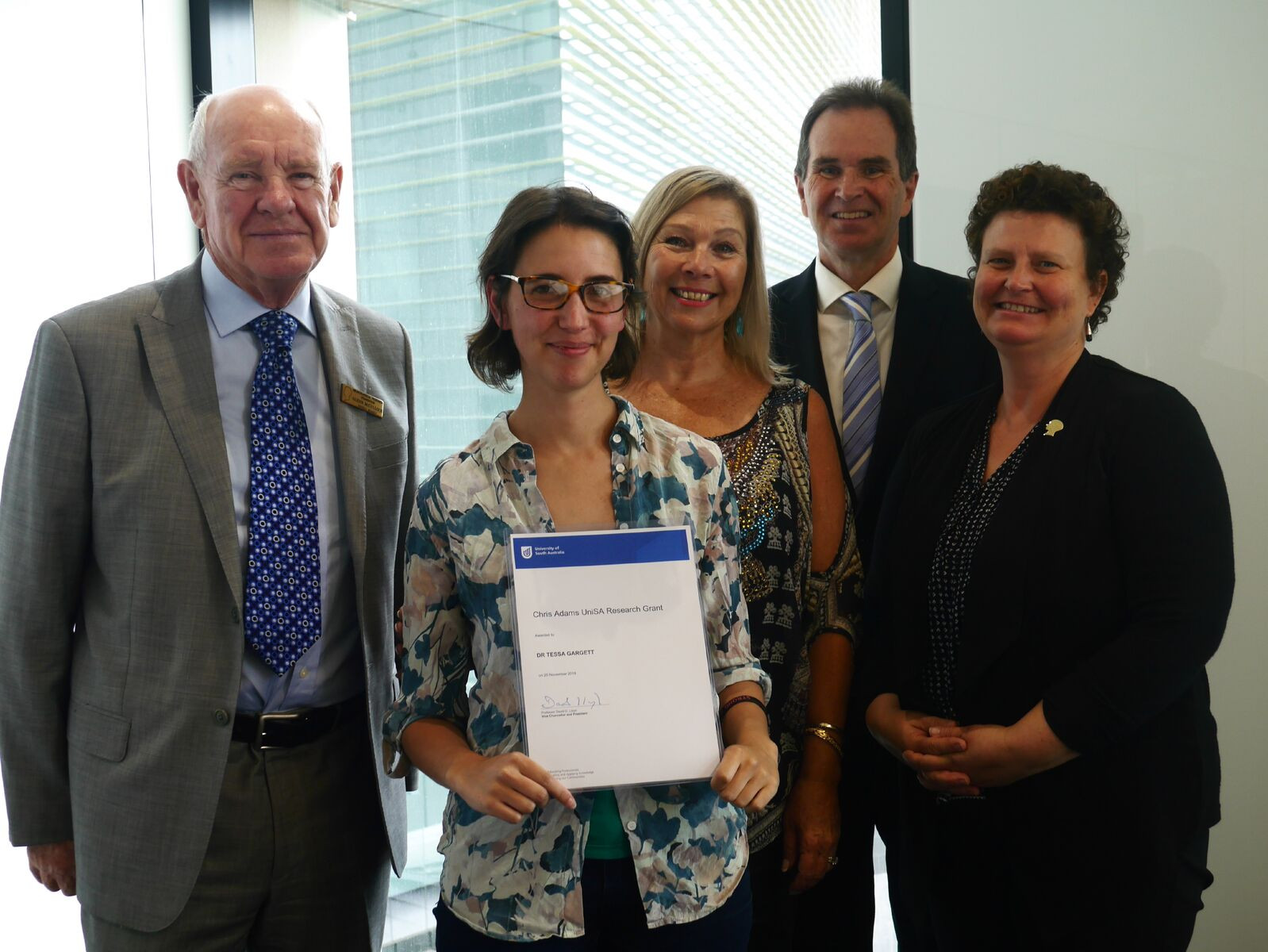 The inaugural Chris Adams UniSA Research Grant has been awarded to support vital brain cancer research anticipated to create a new immunotherapy for adult and child brain cancers. The Grant honours the life of Chris Adams, a UniSA graduate, who was diagnosed with a brain tumour in 2015 and passed away that year, aged 26.

Brain cancer research will get a boost this year thanks to the memorial Chris Adams UniSA Research Grant that pays homage to Chris's indomitable spirit to help others facing a brain cancer diagnosis.

Made possible thanks to Chris’s family and the NeuroSurgical Research Foundation, the inaugural grant has been awarded to Dr Tessa Gargett – an early-career researcher who is working to translate an effective melanoma immunotherapy to adult and child brain cancers.

“We have had some success trialling a targeted CAR-T cell therapy in melanoma patients."

"We know that the cellular target we are using in melanoma is also expressed in brain and other cancers, so now we are working toward extending our trials so more patients can ultimately benefit – particularly for brain cancer patients as the outcomes are often so devastating.”

In Dr Gargett’s lab studies, the treatment has effectively killed glioblastoma and diffuse intrinsic pontine glioma (DIPG) cell lines in vitro. Once safety is confirmed, the next step will be to trial the therapy in patients at the Royal Adelaide Hospital and Sydney Children’s Hospital Kids Cancer Centre (KCC).

Glioblastoma is the most common adult brain cancer with one of the worst survival rates of any adult cancer. And while DIPG is a rare childhood cancer, it is the leading cause of death under 10 years of age from a brain tumour.

Brain cancers are notoriously difficult to treat and survival rates have improved very little in over 30 years. When compared to the improvements made in other cancer that were once considered terminal, the significance of this lack of improvement and need for more research is obvious.

“DIPG is a heart-breaking disease for families because there is often nothing that can be done for these young children. We hope that our research will ultimately lead to some hope for these families and adults with glioblastoma by adding to the research that will one day improve their odds of survival,” says Dr Gargett.

The funding will allow Tessa to travel to present her work at a national and international conference to share the team’s findings with other researchers. It will also allow her to spend time collaborating and learning from the projects partners at the Sydney KCC and the Peter MacCallum Cancer Centre in Melbourne.

The annual $5,000 grant has been made possible thanks to the "Strong Enough To Live" campaign established by Chris’s family and friends. Strong Enough To Live has raised $120,000 to support the grant which will be awarded each year to an early-career researcher working in a field of high quality brain tumour research.